It was with great pleasure that we presented Ian with his 25 yr Long Service Award.

Ian started his career with Alexander Ross & Sons (Sand & Gravel) Ltd some 25 years ago.  Initially on a wheel loader, Ian later moved onto an excavator in the Sand & Gravel operations. When Ross’s moved into hard rock processing, Ian took over the primary crusher operation where he continues today. Prior to joining Ross’s, Ian had several years with Wimpeys at Torvean Quarry and eight year’s experience on local farms.

In his spare time Ian is a keen shooter and has represented Scotland four times internationally. He is also a rally enthusiast and drove his own car for nine years on the circuit.

Ian is married to Mairi and has two sons; Grant and Ewen. Ewen is also a keen shooter and on the Team GB Junior shooting squad training for the next Commonwealth Games. 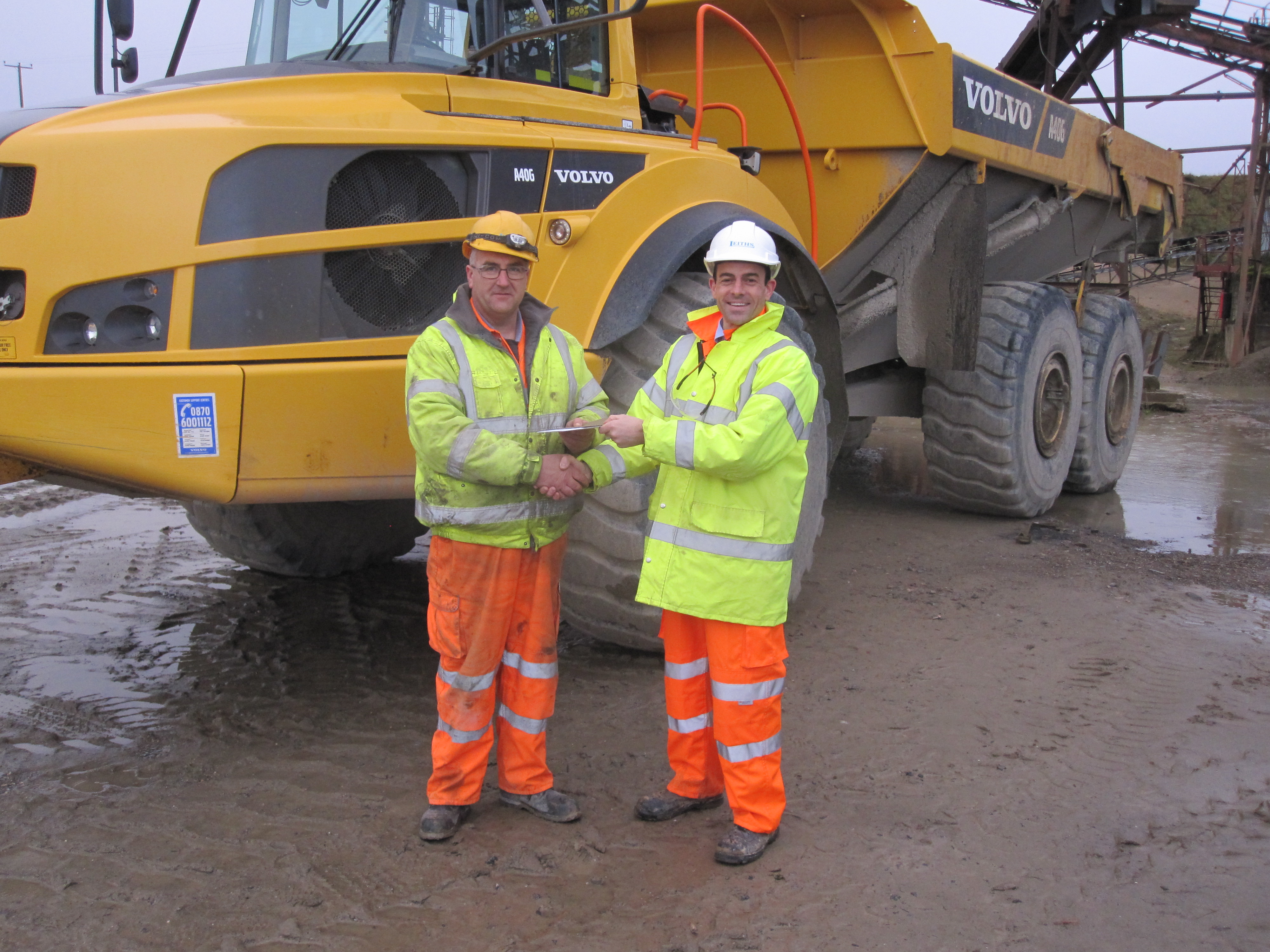 Ian is pictured above (left) receiving his award from Grant Milne, Managing Director of the Quarries Division.