The 16th August 2019 marked the 200th anniversary of the Peterloo Massacre when cavalry charged into a crowd of over 60,000 people who had gathered at St. Peter’s Field in Manchester to campaign for parliamentary reform, leading to the deaths of 18 protestors with several hundreds more injured.

To commemorate the event, artist Jeremy Deller, in collaboration with Caruso St. John Architects, designed a memorial comprising segmental units built as a series of eleven concentric circular steps to create a cairn style formation. Each series of steps for the memorial was manufactured from a different type of natural stone sourced from across the UK.

In late 2018, Fyfe Glenrock was approached by Manchester based stonemasons Mather & Ellis Ltd to submit a range of Aberdeenshire granites for consideration with Corrennie Pink Granite, quarried in Tillyfourie, being selected as one of the materials for the project. The order was confirmed at the beginning of April with a manufacturing programme of 6 to 8 weeks.

The Corrennie element formed the first step – a 10.8 meter diameter ring of 30 no. individual steps cut to radius, each approximately 1200 x 500mm in thicknesses ranging from 110 to 220mm thick, with a flame textured tread and honed riser.

Due to our ability to supply the Corrennie granite element to meet the tight programme, Mather & Ellis Ltd. subsequently asked us to assist with the supply of the fifth step of the memorial – to be produced in Scottish Black Whinstone quarried in West Lothian – 20 no. steps to form a 7.6 meter diameter ring of similar component size with the same finish. 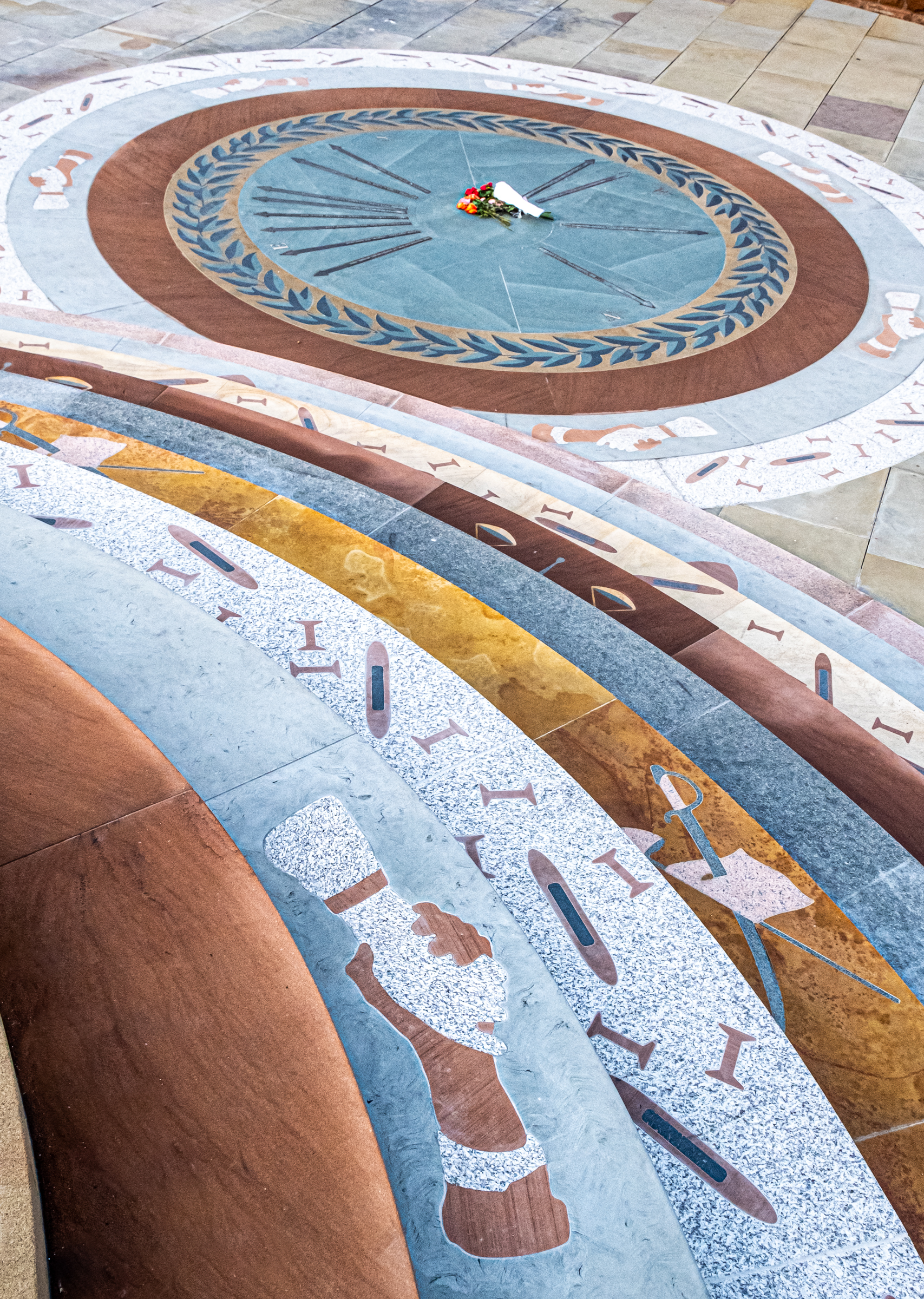 We also supplied Corrennie and Whinstone in 20mm thick slab form for Mather & Ellis Ltd. to form feature inlays in the other materials.